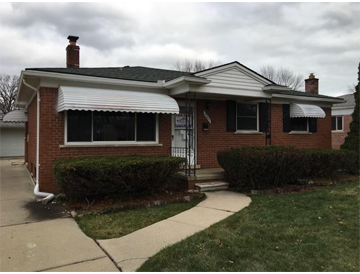 Another house bought by Detroit Cash For Homes from a homeowner who had to move out of the state, and wanted to sell his house fast!

This resident of Royal Oak, MI had to relocate because of a promotion, just three years after they purchased their dream home. The homeowner first listed the property with a real estate agent in Metro Detroit, but the agent wasn’t able to sell the house and it sat on the market for several months. The homeowner had already moved out, while still paying the mortgage, utilities, and upkeep of the house.

Several months later, when the homeowner had already spent thousands of dollars on the house, they got in touch with Detroit Cash For Homes. As always, we buy houses in any condition in Royal Oak, MI,and we bought his house AS-IS. We also paid off the existing mortgage, with no need to spend any money on repairs or staging of the house. We even paid the commission to the real estate agent so that they could get out of the listing agreement.

If you are also stuck in a similar situation and want to sell your house fast in Metro Detroit, get in touch with us. We buy homes in AS-IS condition,  through a fast process, so you can relocate without the worry of your old house.